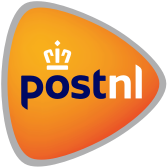 5.1 Remuneration of Supervisory Board, Board of Management and senior management

Equity-settled share-based compensation plans
PostNL operates a number of equity-settled share-based compensation plans, under which the employees receive (conditional) shares of the Group for services rendered. The fair value of the employee services received, as measured at the grant date, in exchange for the grant of the shares is recognised as an expense, with a corresponding increase in equity.

Non-market performance and service conditions are included in assumptions about the number of (conditional) shares that are expected to vest. The total expense is recognised over the vesting period, which is the period over which all the specified vesting conditions are to be satisfied. In addition, for some share-based compensation plans, employees provide services in advance of the grant date and therefore the grant date fair value is estimated for the purposes of recognising the expense between service commencement date and grant date. At the end of each reporting period, the Group revises its estimates of the number of shares that are expected to vest based on the non-market vesting conditions. It recognises the impact of the revision to original estimates, if any, in the income statement, with a corresponding adjustment to equity.

Remuneration of members of the Supervisory Board

Remuneration of members of the Board of Management

The base salaries for both members of the Board of Management were increased in 2020 compared to 2019 in line with the remuneration policy.

PostNL accounts for the short-term incentive on the basis of the performance of the year reported. In 2020, an amount of €380,531 was accrued for. In accordance with the remuneration policy, this amount will be paid in cash in 2021. In 2020, an amount of €247,500 was paid to the members of the Board of Management in relation to the short-term incentive of 2019.

In compliance with the Dutch Corporate Governance Code, following a three-year performance period, the holding period for vested shares expires two years thereafter or at termination of employment/service if this occurs earlier. For compliance reasons, a sale of shares may not occur within six months following the date of termination of the employment/service. Any sale of shares for the purpose of using the proceeds to pay for the tax due at vesting of these shares is exempted.

PostNL Performance share plan Board of Management number of shares 2020

The vesting date is generally equal to grand date plus three years. Subsequently a holding period of two years applies.

Note that the number of outstanding conditional shares does not represent the total number of shares held by each member of the Board of Management, which includes vested shares under PostNL's performance share plan and variable remuneration.

The pension costs consist of the service costs for the reported year (net of employee contributions) and risk premium for the net pension plan. The members of the Board of Management are participants in a career average defined benefit scheme.

No loans, advance payments or guarantees were granted to members of the Board of Management in 2020 (2019: nil).

The short-term incentive for senior management represents a potential reward of a percentage of the annual base salary (the percentage depending on the job level), which is based on annual performance measures. Of the realised achievements, 50% is paid in cash and 50% is paid in PostNL shares in the following year. Shares will be granted unconditionally and will be delivered without restrictions or a restricted period, other than those defined in the PostNL insider trading policy.

A selected group of members of senior management is awarded a long-term incentive, which represents a potential reward of 37.5% of the annual base salary in the form of a performance share plan that contains three-year performance measures. The long-term incentive is part of the remuneration package for this selected group of senior management. It is aimed particularly at aligning their interests with the long-term interests of the company and its shareholders.

Since 2011, senior management have had the opportunity, on a voluntary basis, to participate in a bonus/matching plan. The company sees the bonus matching plan as part of the remuneration package for the members of senior management, particularly aimed at aligning their interests with the long-term interests of the company and shareholders. At the discretion of the Supervisory Board, grants are made on an annual basis in accordance with the bonus matching plan which has been approved by the Supervisory Board. The significant aspects of the plan are:

The exercise of the rights to matching shares is subject to the PostNL insiders trading policy.

For all equity-settled and cash-settled share plans, PostNL intends to perform the settlement (or in case of cash-settled plans, fund the settlement) via the issuance of new shares. Accordingly, the company does not need to actively hedge the risk in connection with its obligations. As a result, the company did not purchase any additional shares in 2020 (2019: 0) to cover its obligations under the existing share plans. As at 31 December 2020, the total number of shares held for this purpose was nil (2019: 0).

On 1 July 2020, an additional 20% equity stake in MyParcel.com was acquired, totalling PostNLs stake at 60% of the shares. MyParcel.com provides a multilingual e-commerce platform facilitating services like label generation, global address validation and parcel track-and-trace. The preliminary purchase price allocation resulted in goodwill of €1 million and related to expected synergies from combining operations of MyParcel.com and our existing international parcel business. The impact of the acquisition on the pro forma results of PostNL is not material.

Sandd
On 22 October 2019, PostNL acquired 100% of the shares of Sandd, the other postal company with country-wide coverage in the Netherlands, for an amount of €65 million. The acquisition fits within the goal to create one nationwide postal network for the Netherlands in order to ensure that the postal market remains reliable, accessible and affordable for everyone. The purchase price allocation resulted in intangible assets of €30 million (customer relationships, with an amortisation period of 16 years) and goodwill of €128 million. The goodwill comprises the value of expected synergies arising from the acquisition. None of the goodwill recognised is expected to be deductible for income tax purposes. Transaction costs of €6 million were expensed and were included in other operating expenses. In 2020, there were no changes to the fair values of the identifiable assets and liabilities of Sandd.

5.4 Summary of all other accounting policies

The consolidated financial statements include the financial figures of PostNL N.V. and its subsidiaries, associates and joint ventures and have been prepared using uniform accounting policies for like transactions and other events in similar circumstances. All significant intercompany transactions and balances have been eliminated on consolidation. A complete list of subsidiaries, associates and joint ventures included in PostNL’s consolidated financial statements is filed for public review at the Chamber of Commerce in The Hague. This list has been prepared in accordance with the provisions of article 379 (1) and article 414 of book 2 of the Dutch Civil Code.

A subsidiary is an entity controlled directly or indirectly by PostNL N.V. Control is defined as the power to govern the financial and operating policies of the entity so as to obtain benefits from its activities. The existence and effect of potential voting rights that are currently exercisable or convertible are considered when assessing whether PostNL controls another entity. Subsidiaries are fully consolidated from the date on which control is transferred to PostNL and are de-consolidated from the date on which control ceases. PostNL uses the acquisition method of accounting to account for the acquisition of subsidiaries. The consideration of an acquisition is measured at the fair value of the assets transferred, equity instruments issued and liabilities incurred or assumed at the date of exchange. The consideration transferred also includes the fair value arising from contingent consideration arrangements. Identifiable assets acquired and liabilities and contingent liabilities assumed in a business combination are measured initially at their fair values on the acquisition date irrespective of the extent of any non-controlling interest. Acquisition-related costs are expensed as incurred.

Foreign currency exchange differences arising from the translation of the net investment in foreign entities, and of borrowings and other currency instruments designated as hedges of such investments, are taken to the translation reserve. When a foreign operation is sold, such exchange differences are recycled in the income statement as part of the gain or loss on the sale.

Goodwill is not subject to amortisation but is tested for impairment annually or whenever there is an indication that the asset might be impaired. For the purposes of assessing impairment, assets are grouped at the lowest levels at which there are separately identifiable cash flows, being the cash-generating units (CGUs). If the recoverable value of the CGU is less than its carrying amount, the impairment loss is allocated first to reduce the carrying amount of the goodwill allocated to the CGU and then pro rata to other assets of the CGU. The recoverable amount is the higher of the fair value less costs of disposal and value in use. In assessing the value in use, the estimated future cash flows are discounted to their present value using a pre-tax discount rate that reflects current market assessments of the time value of money and the asset-specific risks. For the purpose of assessing impairment, corporate assets are allocated to specific CGUs before impairment testing. The allocation of the corporate assets is based on the contribution of those assets to the future cash flows of the CGU under review. Impairment losses recognised for goodwill are not reversed in a subsequent period.

Impairment of investments in joint ventures and associates

PostNL assesses on each balance sheet date whether there is objective evidence that an investment in a joint venture or associate may need to be impaired. If the recoverable value of the investment is less than its carrying amount, the carrying amount is reduced to its recoverable amount. The recoverable amount is the higher of the fair value less costs of disposal and value in use. In assessing the value in use, the estimated future cash flows are discounted to their present value using a pre-tax discount rate that reflects current market assessments of the time value of money and the asset-specific risks. The fair value less costs of disposal of a joint venture or associate is reviewed based on observable publicly available market data. Possible impairment charges may be reversed if there is an indication that the impairment no longer exists or has been reduced.

Impairment of finite-lived intangible assets and property, plant and equipment

The company recognises a liability and an expense for profit-sharing by employees, based on a calculation that takes into consideration quantitative and qualitative performance measures in accordance with contractual arrangements.

On 29 January 2021, PostNL and Mutares announced to have closed the sale of Nexive, the number-two mail and parcels provider in Italy, to Poste Italiane. PostNL also terminated the joint venture agreement with Mutares, which resulted in the release of the remaining part of the committed cash contributions. The transaction resulted in a net result of €26 million and cash proceeds of €29 million.

On 23 February 2020, PostNL completed the sale of Cendris, a specialist in customer contact services in the Netherlands and part of the segment Mail in the Netherlands, to Yource, market leader in customer contact within the Benelux. The transaction is expected to result in a book profit of around €15 million and gross cash proceeds of around €48 million.